Episode 77: Gavin McClurg – CEO and Founder of Offshore Odysseys, NatGeo Adventurer of the Year, record-setting paraglider pilot, and a hell of a lot more…

Listen to this episode at the links below: iTunes – Google Play – Spotify Check out Gavin’s adventures on Instagram here Check out Gavin’s Podcast, Cloudbase Mayhem, at his website here Gavin McClurg grew up in the Sierra Nevada mountains and first began skiing at 18 months, before he could even really talk. From big
Podcast
February 16, 2021 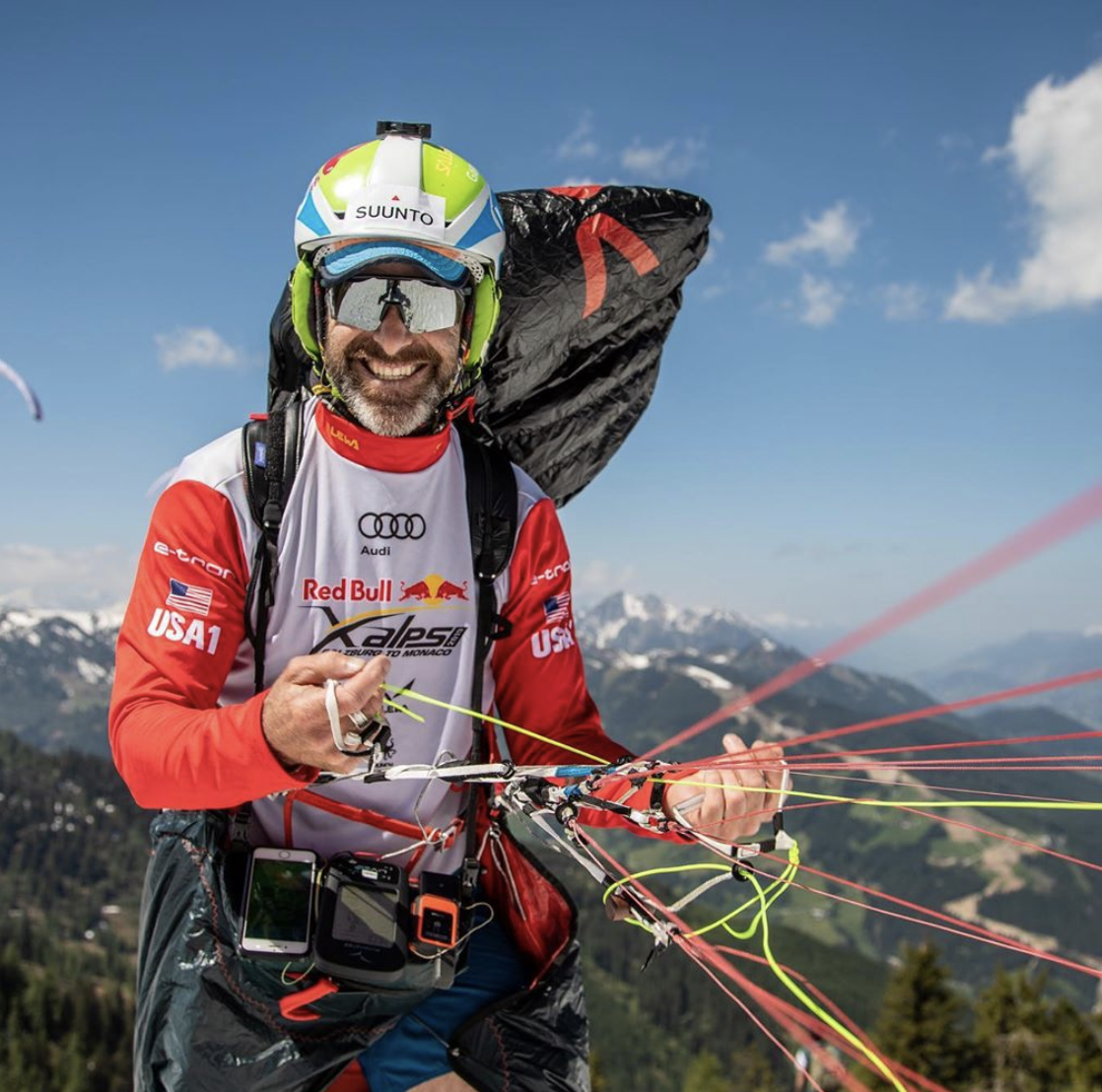 Listen to this episode at the links below:iTunes – Google Play – SpotifyCheck out Gavin’s adventures on Instagram hereCheck out Gavin’s Podcast, Cloudbase Mayhem, at his website hereGavin McClurg grew up in the Sierra Nevada mountains and first began skiing at 18 months, before he could even really talk. From big mountain skiing to kayaking first descents across Central America to sailing around the world (twice!), Gavin says adventure is the itch that can never be scratched. These days paragliding and speed flying are where Gavin finds solace, using thermals to cross the biggest mountain ranges in the world.When it comes to finding wind and waves in remote places, Gavin is without a doubt one of the most knowledgeable and experienced paraglider pilots and skippers in the world. As a paraglider pilot, Gavin McClurg won National Geographic’s Adventurer of the Year for his paragliding traverse of the Canadian Rockies with Will Gadd, completed several expeditions over remote areas across North America, and took eighth place at the Red Bull X-Alps, becoming the first American in the race’s history to reach the finish. But paragliding hasn’t been his life’s dedication. In fact, Gavin didn’t take up paragliding until relatively recently compared to all the other adventure sports Gavin pursued earlier in life! As a sailor, Gavin McClurg grew up on boats in the Pacific Northwest and commercially fished in the Bering Sea before getting into sailing in the mid 90’s. He has 13 straight years at sea under sail across all three oceans of the world. He’s rounded both Capes, racked up over 160,000 bluewater miles; sailed solo across the Atlantic and through the Java Sea and Malacca Straits, circumnavigated the Earth (TWICE), and is passionate about protecting wild places for future generations. Gavin McClurg is a Patagonia ambassador and the owner of Offshore Odysseys. When he’s not sailing or flying Gavin calls Ketchum, Idaho home.On this episode, you’ll hear the inside story of how Gavin McClurg found his calling for adventure and never looked back, making the impossible possible with a desire to break his limits at every turn. Some of his more incredible stories include:• “that time in Mexico when I got stuffed in a waterfall kayaking a first descent and spent over five minutes underwater.”• “And there was the time we got knocked down and nearly run over by an ocean freighter sailing in hurricane force winds and 35-foot seas off Cape Mendocino, California.• “Ah, and there was that time I landed my paraglider in a river above a heinous waterfall in the Dominican Republic.”• “And I do have to admit to spending a particularly spooky 10 hours swimming in a Pacific atoll filled with sharks after a night-dive went really wrong.”• “And I really got close that time my kite exploded in a howling gale kitesurfing in Scotland forcing me to dump my gear and swim for several hours in 10°C water against the wind to make landfall.”Check out the Red Bull documentaries of Gavin’s record-setting paragliding expeditions below:• North of Known – Gavin McClurg and Dave Turner take on the challenge of paragliding across the nearly 700km of the Alaska Range. Facing harsh weather, freezing temperatures, and even starvation, it’s the most extreme paragliding expedition ever attempted.• The Rocky Mountain Traverse – Veteran paragliders Will Gadd and Gavin McClurg attempt to complete the first paragliding traverse of the Rocky Mountains range, North America‘s most iconic and wildest region. The 1,200km trek is a new world record flight!